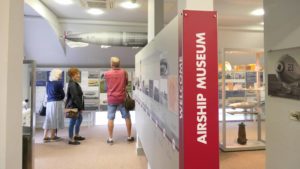 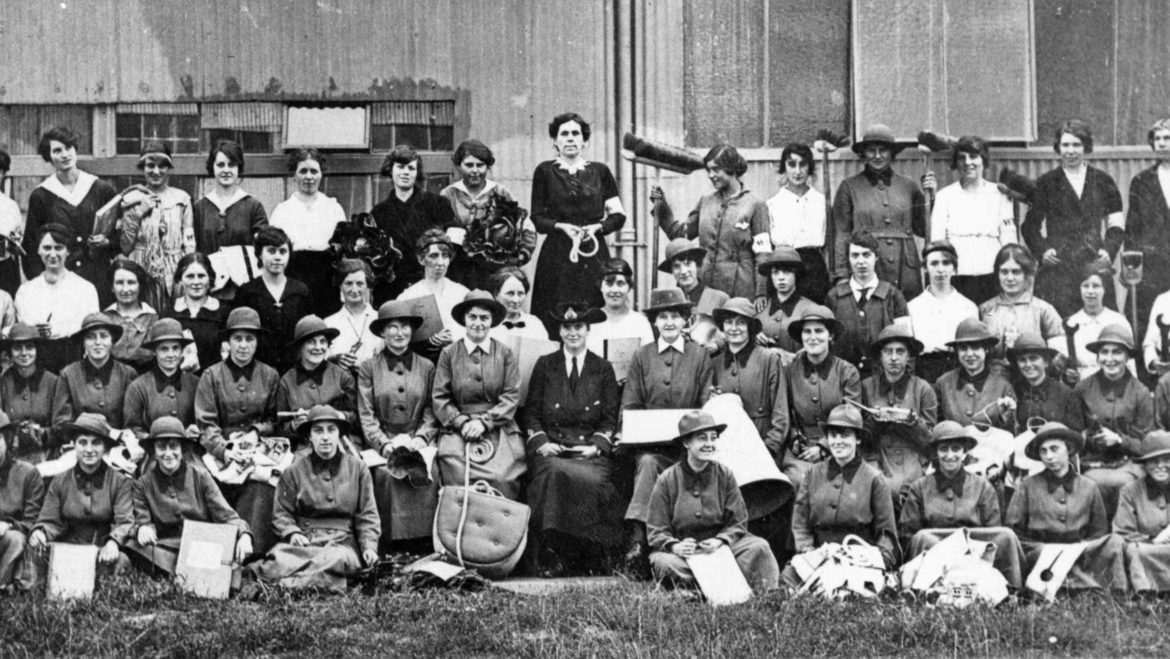 Welcome to the Airship Museum and the fascinating history of Norfolk’s finest flying pigs!

Our Airship Museum tells the story of RNAS Pulham, its people and its amazing airships.

Discover so much more at our museum

What was the RNAS? 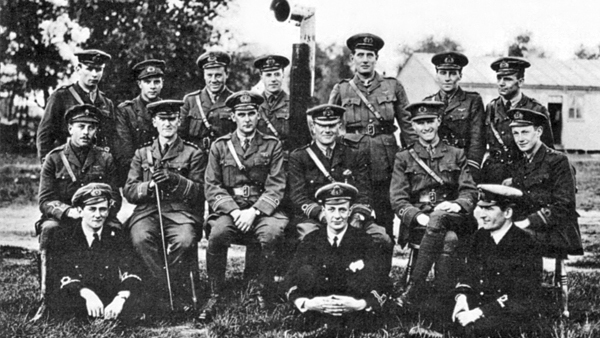 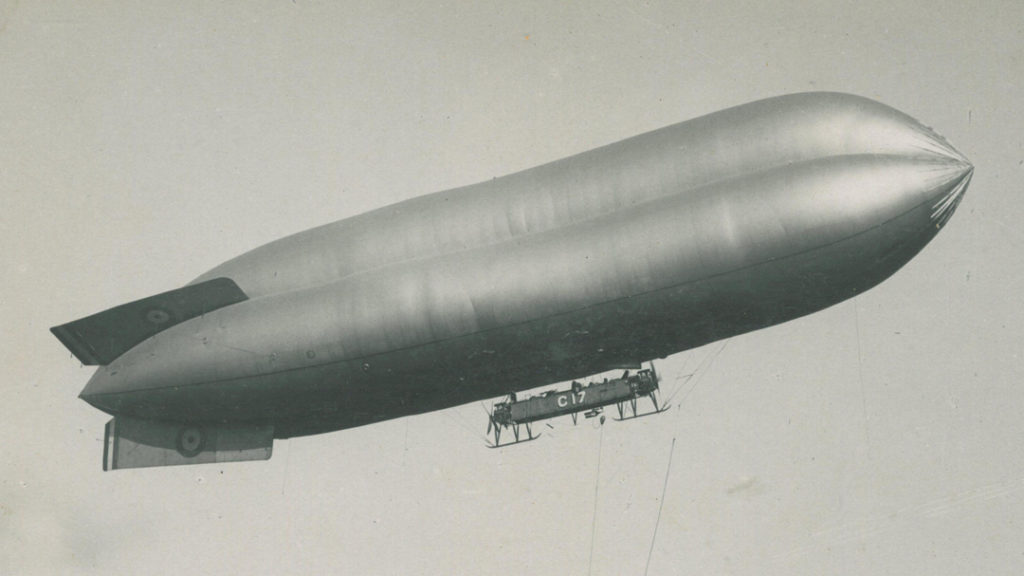 In August 1916, the first airship— a ‘Coastal’ type, C17 — arrived at RNAS Pulham. Coastal airships were almost 60m long and originally buff in colour, with a top speed of about 45mph. A crew of six was usually on board.

Pulham legend says that a local man saw a Coastal airship above him and exclaimed,

And so, the name Pulham Pigs was born!

RNAS Pulham was commissioned in 1916, part of a defensive network of air stations around the country, extending from Mullion in Cornwall to Longside, near Aberdeen. Airships from RNAS Pulham were sent to patrol the North Sea, to protect shipping from German U-boats.

As the war progressed, Pulham Air Station expanded to have two large sheds to house rigid airships alongside a smaller coastal airship shed. A railway line brought supplies into the base, and onsite both electricity and gas were generated.

At the peak of the war, over 3,000 service personnel were reportedly stationed at RNAS Pulham, with a further 2,000 civilians arriving daily to support its operations — over 500 men were needed to land some of the bigger airships, and large numbers of men, and women, were involved in maintaining the giant craft.

Airship development adopted different designs as the Admiralty, and individual airship stations, sought to improve on previous models. Early airships were ‘non rigid’, with hydrogen gas bags held within a canvas outer envelope. The control car – or gondola – in these early ships was often constructed from obsolescent aircraft fuselages and was suspended beneath the envelope. Non-rigid airships include ‘Sea Scout’, ‘Coastal’ and ‘North Sea’ models.

Later airships were ‘rigid’, copies of the more successful German Zeppelins, with a lightweight framework to maintain the shape of the airship and contain the gas bags. Rigid airships were much larger — up to 198m long — and were capable of longer flying times and higher speeds.

Airships were transferred around the network of air stations. Almost 50 different airships are known to have been based at Pulham for periods of varying lengths, initially supporting the defence of the North Sea, then later involved in experiments. Notable airships include:

What happened to RNAS Pulham?

After World War I through to the mid-1920s, Pulham continued as the Airship Experimental Station, part of the newly-formed RAF. When the focus of the airship industry was switched to Cardington in Bedfordshire, Pulham became an RAF maintenance unit.

In World War II, RAF Pulham was the aircraft salvage site for all of the East of England, then continued post-war as a maintenance site, until 1958, when it was finally closed down.

In 1962, the site was sold at auction, and the land returned to farming once more.

Today, little remains of the giant station of WWI.

Civilian air travel became the focus for airship development. The vision was to connect up the British Empire, with mass air transport by airship, enabling people to travel to Canada, Africa, India and Australia in style and comfort.

However, in October 1930, the giant R101 airship carrying 54 people on its inaugural flight to India, crashed into a hillside in northern France and burst into flames. There were only six survivors. Many of those who died were pioneers of airship development; also on board were senior politicians, including the Secretary of State for Air, and the Director of Civil Aviation.

Inevitably, the loss of the R101 spelled the end of the airship industry in the UK.

Want to view our fascinating airship collection? Visit our museum!