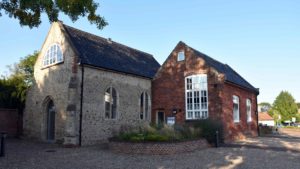 Walking through Pulham St. Mary you’ll notice a striking building with a contemporary glass atrium in front of a standard Victorian school building. What you won’t spot is a tiny flint walled 15th century Guild Chapel hidden behind the school…

Hat making and weaving were the main forms of income in Pulham St. Mary during the medieval period. A wealthy team of local “hatters, cappers and hurers” formed a guild and built the Chapel in dedication to St. James the Lesser.

The Chapel was originally attached to the parish church, but in 1401 it was rebuilt in the centre of the village, where it still stands today behind the Victorian school. No one knows why the Chapel was moved, however there is evidence to suggest the guild had not fallen out with the Church as the Bishop Fordham of Ely granted the guild members 40 days indulgences.

“Also on the 24th day of the said month of June, my Lord granted to all helping towards the re-establishment of the Chapel of St James, within the parish of St Mary of Pulham, diocese of Norwich and towards the support of Walter Colman the poor hermit there, forty days of indulgences, to last for three years.”

In other words, for their devotion to the Church, the Bishop allowed the guild members a reduction on their time in Purgatory. This indicates the Guild’s healthy relationship with the Church.

The Chapel was used for two purposes: first for meetings and supporting the guild and second, for services and saying prayers for the souls of deceased members.

What happened to the Guild Chapel?

The English Reformation started in the reign of King Henry VIII, when the king wanted to reform England from being Roman Catholic to Protestant. To reduce the Roman Catholic Church’s power and raise money to pay for his many battles with France and Scotland, the act of the ‘Dissolution of the Monasteries’ was introduced. This allowed Henry to close down the wealthy Roman Catholic monasteries, convents, priories and friaries and confiscate their assets to fund his many military campaigns.

During this period the guild separated, and the Chapel was held in copyhold (a form of land possession) to the Manor of Pulham. It was then used as a venue for the manorial court hearings, where disputes over Pulham’s fields and local land were settled.

In 1670, a rich merchant called William Pennoyer left money in his will to pay for a school master and create a village school. He recommended the school was run in, “the little chappell that stands there”. The schoolmaster was to educate the sons of Pennoyer’s tenant farmers, and also any fatherless boys in, “Pulham Mary, Pulham Markett and the next adjacent places.”

The Chapel looks quite different now to how it would in the 15th century. Outside it would have been rendered and probably painted pink. Inside, the Chapel would have been simple with a large window and altar at the east end, which were both removed when the Victorians created a larger school. 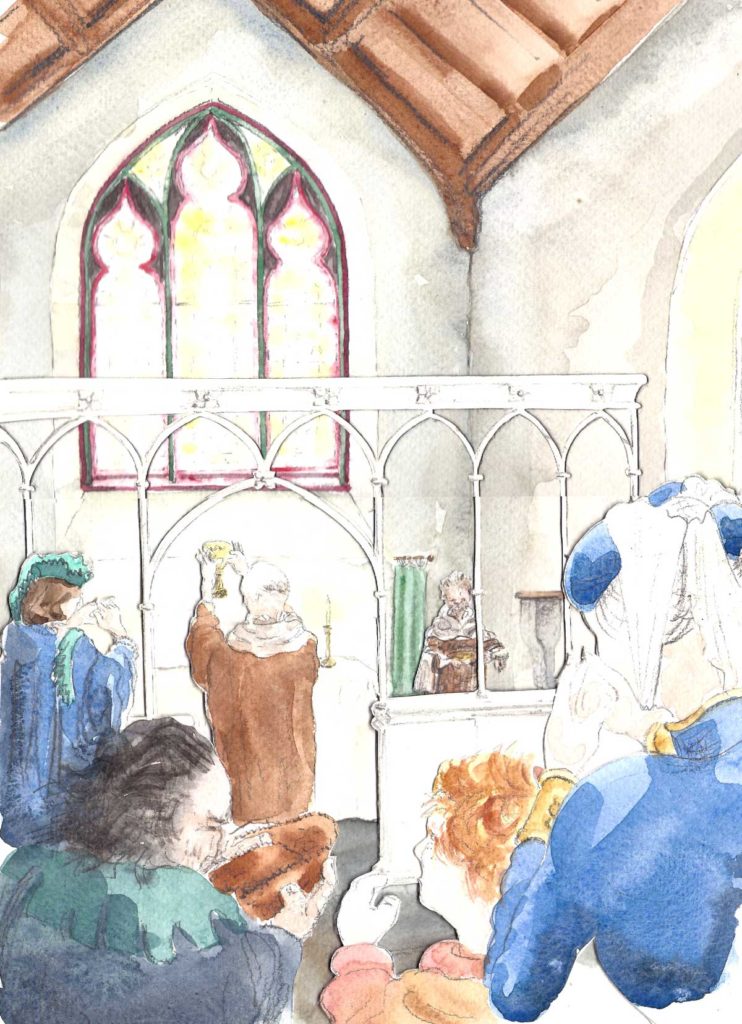 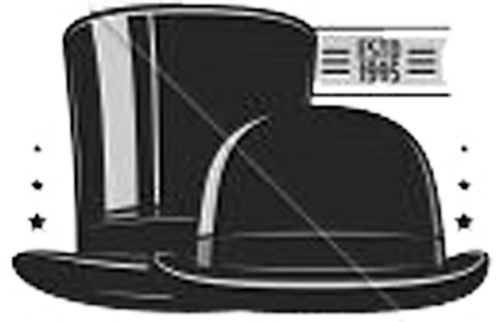 Guilds were a way for tradespeople to work together, and they supported guild members and their families, particularly after the death of a member.

St. James the Lesser was the patron saint of hat makers, which is why the hatters’ guild members dedicated the Chapel to him. Other patron saints include:

To enjoy a detailed exploration of the Guild Chapel’s story, please read more at our Wiki page.